I am Paul Hugo Suding, born January 23, 1949 in Vechta, Germany; I am an energy economist and international development specialist.

In 1973 I earned a Diploma in Business Administration and in 1983 a Ph.D. in economics, both from the University of Cologne, Germany.   For the PhD thesis I received the prestigious Theodor Wessels Award in 1984.  Since Diploma thesis, I specialized in energy economics, and worked since 1973 as researcher and lecturer at the Institute of Energy Economics at the University of Cologne.

Leaving academics and research I went into business consulting. From 1981 to 1989 I worked as Partner in the German firm ENERWA, mainly advising German and other European clients on the German energy market.

In 1989  I joined the Deutsche Gesellschaft für Internationale Zusammenarbeit (GIZ) GmbH, at the time GTZ.  I held numerous long term assignments to countries and development organizations as program director and was responsible for various  bilateral energy and environment programs.

I also served as German Director in cooperation programs with regional or multilateral organizations. During the 1990 I was responsible for the Sustainable Energy and Development cooperation program with OLADE (Organización Latinoamericana de Energía) based in Quito, Ecuador and ECLAC (UN-Economic Commission for Latina America and the Caribbean), Santiago de Chile 1993 to 1999.

I was the first Head of the Secretariat of the Global Renewable Energy Policy Network REN21, hosted by UNEP and IEA in Paris, from 2006 to 2008.   In my last position before retirement from GIZ I was Director of a joint cooperation program on climate change and energy for Latin America and the Caribbean with the Inter-American Development Bank IDB and based in Washington DC.

Please find below a long version of my professional biography, and more about the experiences which had strong influence on my thinking and position.

I believe that we as human beings and human society are responsible for the sustainable future of humankind and for our private happiness.  I left behind the affiliation to a religion and deism, but not morale and ethics imprinted in my childhood and youth.  Although I have experienced disappointing reversals in human development during my adult life, I have not lost faith in humanity.

A 'brain-worker'  I consider the search for understanding as a guiding principle.  I have suffered periods of despair about the possibility of truth in social sciences during academic work, in particular during the preparation of my PhD. I have settled for the concept of "advancement". What we know and learn is preliminarily true. Until new knowledge requires revising it we need to work with it.  This, the remaining doubts, implies practicing modesty.

I observe with dismay willful disinformation which makes it difficult to judge. I despise advocacy for wrong causes in favor of vested interest, but I need to accept both as part of the game.  I also know from own experience, however, that humans are ambitious and prone to give in to all kinds of incentives. Academics may accept to support a position of vested interest if it is close to own convictions and when this offers an opportunity to public appearance, affirmation and celebrity.  I therefore, do not want to cast the biblical first stone.

I still find it difficult to adhere to a particular political side, since the political fight requires political statements which are exaggerated but may be incorrect.  In writings I may be critical to political and economic positions and initiatives I am basically sympathizing with, and I may search and find correct statements in analytical work whose basis propositions I do not share. In other words: I like to keep my independence, which I have tried to establish in my professional life until retirement.

What may have shaped me

I have experienced small farming village culture, protected boarding school, agitated urban university in a big city, young urban professional and suburban family life, Sub-Saharan, Andean and Arab capital divided societies, China’s fast track urban development and I have lived in global capital cities. On the way I have picked up four new living languages. My openness and curiosity during all these stages in very different cultures have widened my horizon. In every place and every time I could incorporate new experience and see things from a different point and angle of view (please have a look here).  In every period I met in private and professional life different groups of people from all walks of life.  Some personalities have had a lasting impression on me and some have become role models. My lifelong avid reading of news, magazines and books, non-fiction and fiction, have spurred a critical view and a permanent examination of my own background, habits and thoughts.  34 years - of marriage to a woman with distinct cultural background (Sardinian - Italian) and contrasting character have certainly contributed to this, so has being a father of a daughter and a son growing up with us in very different countries and going through various schools and education systems.

The first thirty something years were formative.  Family business and life, small village farming society, pervasive catholic moral teachings and team sports have influenced my ethics early on. My curiosity for the world beyond the village in the Northern German Lowlands was evoked before school by the local pastor, the small school's headmaster, the primary school mistress, all living in the neighborhood of my family’s home, grocery store and inn, in front of the church and across local school.  My father, who kept a national newspaper, was happy to let me talk to visiting salesmen, in High German instead of the local Low German.

My thinking was framed by social-liberal humanism and tolerance since the enlightening days of a German “gymnasium”, where classical and German languages were the main subjects.  I went,  through all nine school-years,  to a remote boarding grammar school run by a society of priests. Even there, however, we had radio and newspapers and got exited - or afraid-  of  Rock ‘n Roll, Beatles, Kennedy, Berlin Wall, Vietnam War, Mao’s bible  and other things of the 1960s.

Drafted out of University at 19 years of age, I watched the Prague Spring and growing Student Rebellion from inside the barracks.  We had some relief when the Defense Minister permitted long hair and "holiday until wake-up call".

Back at Cologne University from 1969, I was witness and attendee of the students’ agitations, at a time of cultural changes in German society, politics, culture and in particular music. I left Catholic Church but steered clear of radical positions unlike many fellow students and friends. I shared a flat and a house with friends, received a small Federal scholarship and complemented it with earnings from jobs as driver of cars and trucks, librarian etc.  I even co-owned and ran a students' bar.

My professional development coincides chronologically with the oil crisis at the start, anti-nuclear energy movement and upcoming environmental concerns articulated prominently in the first report to the "Club of Rome", "small is beautiful“, "soft energy path" and "Energiewende" proposals and the growing concern of climate change.  I went from being naive to sceptic, from interested to concerned.   I found myself classified into opposite political and scholarly camps at the same time. I may have been seen by some observers as a leftist or green agent – because of participation in Anti-Nuclear manifestations with friends. By others I was regarded as agent for the energy industry – since I worked at the Institute of Energy Economics (EWI) which had close ties with the energy industry. In fact, at EWI I worked with other neoclassical or Keynesian economic research institutes like RWI and DIW for the German government, but reached out also to other groups in the growing community of energy research across the political and value spectrum and across disciplines, including the Fraunhofer ISI, Oeko-Intitute in Germany as well as Lawrence Berkeley Lab in USA.   Still quite young, I had the opportunity to experience the thinking and arguing of international high level business and research when working as German associate in the "Workshop on Alternative Energy Strategies".  I confronted that experience with a sabbatical year of travel on a shoestring in Asia.

Back to the Energy Institute as a senior,  I wrote an article on the “necessity of nuclear energy” in 1980 in the EWI’s Journal which caused a stir because I showed that the contrarian book “Soft Energy Path” and the  German adaptation “Energiewende” effectively demonstrated that the “necessity” argument of the nuclear proponents was untenable. I nonetheless criticized the authors for too much wishful thinking in assessing the adaptability of socio-economic systems.

This public position „between chairs“ seemed stresfull und unjust to me. I felt attacked by one side and not trusted by the other.  It was a defining moment.  I left the politically loaded research environment and turned first to business consulting.  Later I entered the politically much more open field of international development, in which I have been operating since 25 years. I felt much freer and could remain independent minded, considering solutions for policies without fear of being branded, loyal of course to the respective organization and partners...

Now, with retirement, I want to keep that independence although maintaining the values I mention above. 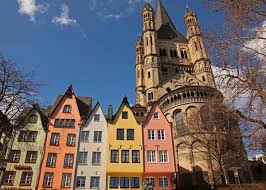 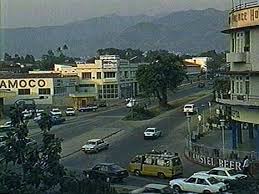 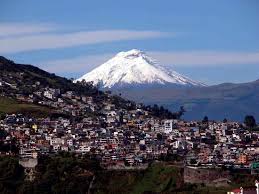 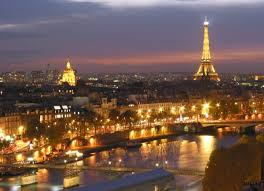 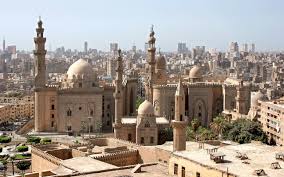 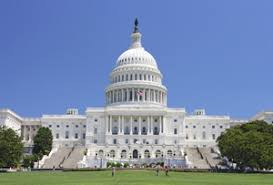